At a December 2021 event hosted by data.org and The Rockefeller Foundation in collaboration with NationSwell, thought leaders and funders in the data for good sector convened to discuss, interrogate, and refine ideas and strategies for how funders in the sector can shift towards sustaining meaningful, long term interventions — and away from bespoke, one-off engagements.

From Mapping to Action: Advancing the Data for Good Sector

This event occurred on December 2 at 12pm EST

We discussed the implications of key findings drawn from this landscape map, and how they inform concrete ways we can improve efficiency and effectiveness in the data for good sector.

“How do we [as a sector] scale things?” Danil Mikhailov, Executive Director of data.org, asked attendees at the beginning of the event. “How do we determine whether the impact of funders such as data.org and others on this panel is inadvertently causing issues, and how we might behave or fund differently to support the sector for the long term?”

In early 2021, data.org worked to create a landscape map to surface and categorize the various players in the data for good space. That project, led by data.org Fellow Jake Porway, endeavored “to bring clarity to the conversation by going beyond mapping organizations into arbitrary groups…[and advancing it by] creating an ontology for what Data for Good initiatives seek to achieve.”

Now, in the second half of the year, data.org is building from the findings of the landscape map. The organization is surfacing key provocations and insights to partners and funders that it hopes will catalyze a paradigm shift towards community-led, long-term projects that will support and sustain the social good sector using data to realize impact.

Angela Oduor Lungati, event panelist and Executive Director of Ushahidi, a global nonprofit technology company based in Nairobi, shared that in her experience the bulk  of social impact funding tends to go to “new, shiny things.” As a result, there are communities in the developing world that are not reached by those efforts.

Create a model where you can co-create your funding priorities. That way, the people you’re looking to support will be able to offer insight into their content, tech, and their support needs. 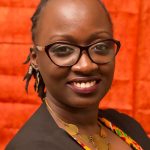 “I recognize that emerging technology is very fascinating and it obviously offers excellent opportunities for the ecosystem,” Lungati told attendees. “But we need to keep in mind that there are many parts of the world that cannot access and reap benefits from some of the technological advancements that we’re all pushing for. The fourth industrial revolution — things like AI automation and the internet of things — are emerging simultaneously, while aspects of the third industrial revolution — digitization and internet connectivity — are yet to spread and mature in many parts of the developing world. It would be very helpful to have funding priorities that don’t limit organizations and implementing partners to very specific tools and technologies to achieve their impact.”

Lungati called on funders to lean on the expertise of grantees and implementing partners to make that happen.

“​​Create a model where you can co-create your funding priorities. That way, the people you’re looking to support will be able to offer insight into their content, tech, and their support needs,” she said.

We see people making incredible leaps and bounds of how to apply data, but when we look [to] bring that to rural, grassroots businesses, there's an enormous gap. 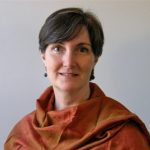 Katherine Lucey, Founder and CEO of Solar Sister, an organization that empowers women entrepreneurs in sub-Saharan Africa to bring clean energy to their communities, said that if funders continue to chase the “front edge of what’s new and what’s sexy,” organizations like hers will not get the funding they need to support underserved and systemically overlooked communities.

“The challenge with this is, as a real practitioner…we are exactly the kind of organization, and our women entrepreneurs are the people who get left behind if we’re not careful,” Lucey said. “As we see so much happening in this data world, we can see people making incredible leaps and bounds of how to use and apply data, but when we look at how we bring that to these rural, grassroots businesses, there’s an enormous gap — and that gap is infrastructure. It’s access to the data itself. It’s access to the technology that they need to access the data.”

Lucey called on funders to consider the whole breadth of the ecosystem.

To reach that last mile, Neil Myrick, Global Head of the Tableau Foundation, shared that it will require extra investment, rigor, and focus to engage with those who haven’t already been reached.

Myrick said the embrace of long-term, unrestricted funding was a key part of how Tableau Foundation shepherds organizations past the pilot process and towards impact. That approach, he said, means grantees could actually use the funding to meet specific needs that did not pertain to the grant, such as acquiring or hiring help to implement the other parts of their data infrastructure. It also means organizations can receive additional and continued support as they mature to the point where they’re capable of receiving additional funding.

We have a strategy for investing in pilots, but when we invest in the pilot, we have a discussion about where we go with this when it’s successful. 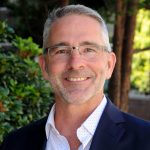 “Building data culture and data infrastructure is a very long-term commitment,” Myrick told attendees. “Our grants are typically a minimum of three years. Our funding is all unrestricted. The first three years really help the nonprofit kind of get their feet under them, but they aren’t necessarily like hitting that hockey stick of data uses in the first three years. Most of our long-term grants have been anywhere from three to six years — and it’s taken into year four and five for some of our nonprofit partners to really hit that hockey stick where data’s become a core component of their overall work.”

“We have a strategy for investing in pilots, but when we invest in the pilot, we have a discussion about where we go with this when it’s successful,” Myrick continued. “And we have a plan for how we’re going to actually invest beyond the pilot before we even do the pilot in the first place. Because our funding’s multiyear, grantees have the sure footedness of our support to count on. And that’s really been an important part of our strategy, and it’s worked quite well.”

If we’re positioning data science and data-driven technologies as something that can be part of moving toward a less fragile future, I’d argue that perhaps counterintuitively, we actually need a lot more friction. 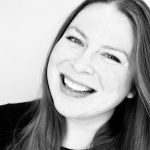 Michelle Shevin, Senior Program Manager at the Ford Foundation, maintained that the status quo for social impact funding is shepherding us towards a “fragile future” and called on funders to embrace systems containing “friction” like stakeholder engagement, ethics processes, and, perhaps most importantly, oversight and regulation.

“Just as we’ve seen with digital technology over the past 20 years, moving fast actually does break things,” Shevin said. “If we’re positioning data science and data-driven technologies as something that can be part of moving toward a less fragile future, I’d argue that perhaps counterintuitively, we actually need a lot more friction. We often hear an argument that positions forces like regulation as a counter to innovation, but in reality, sources of friction are necessary in data work. This can look like data sheets for data sets or model cards, or authentic engagement with impacted communities, or ongoing ethics processes. And yes, it could look like oversight and regulation — these are actually critical to sustainable impact and innovation that scales, so perhaps these are even the most important parts of trying to do good with data.”

Shevin stressed the importance of engaging and centering impacted communities as a “central” source of this friction.

“It takes social scientists, and people with lived experience, and data scientists working together to actually move more slowly and fix things,” Shevin said. “They could be artists, activists, hackers, or anthropologists, and they all share a commitment to public interest values like equity, accountability, justice, and these public interest technologists are committed to really prioritizing those values and their work.”

“I’d love to see more opportunities to co-create agenda and priorities,” Lungati said in agreement. “Consider the unusual suspects and make them part of the process. Let’s have a conversation around what the issues are and what our needs are or what the needs of other people are, to then guide what the foundations or philanthropies are thinking about investing in.”

Centering those voices and collaborations, Shevin proposed, might lead us to contemplate a new “north star” for innovation and progress.

“If science and technology projects are focused narrowly, and if they’re happening amidst unabated and unmitigated inequality, and climate change, and natural resource extraction and ongoing de-wilding of critical ecosystems, we risk getting stuck trying to point the technology at the symptom instead of empowering people toward a structurally different future,” Shevin said. “We actually need a different north star for innovation and progress as a species. Something, maybe, less focused on economic growth and value extraction, and more focused on interdependence and mutual care. I’m really energized by the idea of making space for different possibilities for the future, and to get there, I actually think we need to slow down.”

To close the event, Mikhailov asked the funders in attendance to be mindful of the unintended consequences of their grants — and to place as much of a premium on rhythm as one might do on speed.

“Be aware of your shadow,” Mikhailov cautioned. “Be aware of the power you have as a funder when you inadvertently cause harm in the system that you don’t intend — through setting targets or KPIs which lead your grantees to do things that you don’t intend. And as a practitioner of tech as well, I would say worry about rhythm more than speed. It’s not about how fast you get it. It’s about rhythm, and rhythm is different from speed, because it’s about your relationship with one another, as in dance or in sport. Ask yourself, ‘How do you as a tech creator build a relationship with the users of your tech, with the communities who will be affected? And that rhythm is more important than the speed.”

Why a Million Brains are Better than One