In the British board game Jenga, each player pulls a wooden block from a tower and places it on top, trying to maintain the spire’s integrity while building it ever higher. But if a player pulls out one key piece that was dependent on others for stability, the whole tower comes tumbling down.

Something similar is happening in many rapidly growing cities in low- to middle-income countries. Millions of people are moving in from the countryside in search of jobs and community, but they lack resources and usually live on the sprawling urban outskirts, where basic services such as sanitation, power, water, and transportation are often lacking. Cash-strapped governments have limited visibility into the extent of the intertwined problems in these makeshift neighborhoods.

One cost-effective, readily available way to tackle some of the resultant problems and identify solutions is through data science and team building. A new report called “Innovative Data for Urban Planning: The Opportunities and Challenges of Public-Private Data Partnerships,” created by GSMA Mobile for Development, which represents mobile operators worldwide, sketches out the challenges and opportunities ahead, while detailing five case studies from around the world showing how strong public and private data partnerships can improve people’s lives.

Though many developing countries lack basic infrastructure, some large companies operating in them have troves of data that is accessible, granular, and accurate. Despite lacking fundamental urban amenities such as sanitation and transportation, people in these underserved areas often have mobile phones, 49% in Africa and 70% in Southeast Asia. As a result of that mobile activity, mobile networks generate significant social data. The key is accessing the data for the public good while maintaining privacy.

Providing an overview of the report, George Kibala Bauer, senior advocacy and insights manager at GSMA Mobile for Development, said the stakes are high in aiding burgeoning municipalities because “African and Asian cities will account for 90 percent of urban growth between now until 2050,” and the social shortfalls they face will only grow. Christophe Bocquet, senior project manager of Dalberg Data Insights, said a key takeaway from the report for him was that “identifying a champion from the public sector to ensure strong buy-in from the public side of a partnership was something that was really important from the different interviews that we conducted….”

Opening the panel discussion on the report, Perry Hewitt, chief marketing officer of data.org, asked attendees what they saw as the greatest challenge to innovative data sharing in low and middle-income countries. They responded that their principal concerns were data silos, where information exists but isn’t shared, and lack of funding to sustain initiatives.

Turning to the panelists, Hewitt asked: “What do you see is the biggest opportunity for innovative data resources related to development in low and middle-income countries?”

Han Sheng Chia, vice president of innovation at GiveDirectly, who oversees a direct aid program in Togo, replied, “Prior to the pandemic, we had been working … to figure out how to work with MNO’s [mobile network operators] not only to pay individuals through mobile money … but to do two more things, to identify subscribers in need, subscribers living in poverty, and enroll them, and then finally pay them” a living wage. His organization’s shift toward mobile monitoring and payment systems, combined with geospatial data to understand problems on the ground, wound up saving both time and money.

Titi Kanti Lestari, director of Finance, Information Technology, and Tourism Statistics for BPS Statistics Indonesia, said that the nature of her public surveys was changing before the pandemic, and that shift has accelerated. A few years ago, canvassers usually went into neighborhoods to survey residents and gain a granular understanding of their lives and needs. In the last couple of years, technology and COVID have profoundly changed how she and her teams gather information. Tapping into mobile data to parse social trends has proven increasingly effective and, since there’s no person-to-person contact, the virus can’t spread. She is bullish on the results.

We can go faster. It means whatever we can discover, dealing with the data … we can try to apply as quick as possible, independently, to low-income or developed countries. Wherever, we can deploy quickly. By being fast, we can save … lives in terms of epidemics because we can provide data which can be useful and which can be applicable. To do so, I have seen lots of collaborations, connections that can be sparked 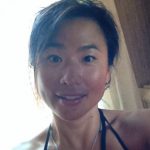 “Now, during COVID,” she said, “our enumerators [surveyors] have been declined by many households, and that is why we are lucky we already employed mobile data since 2016” to gain understand social trends.

Ju Young Jeon, international product manager, Flux Vision, Orange Business Services, said her biggest recent realization was “We can go faster. It means whatever we can discover, dealing with the data … we can try to apply as quick as possible, independently, to low-income or developed countries. Wherever, we can deploy quickly. By being fast, we can save … lives in terms of epidemics because we can provide data which can be useful and which can be applicable. To do so, I have seen lots of collaborations, connections that can be sparked” in public and private data partnerships.

Chia added, “There’s a guiding mantra that a friend once told me who was in a senior position in New York City government, and she said, ‘Good policy plus politics equals impact.’ Right, and so for technocrats around the world, often, and I call myself one, we often design, spend hours and hours and hours designing beautiful programs. But it’s really a combination with politicians and being able to leverage agenda-setting power of politicians to combine good design and good policy to go deliver the rapid impact that some of my panelists have been able to, and have touched on as well.”

Jeon said that she and her team have built out a task force initially created for the pandemic to target other ongoing social concerns. “That task force team has not just stayed there. They understood the evolution, what can [they] do more, not just epidemics, but” how they can “do more with more data, more artificial intelligence, aggregating other data, how we can cross over, what is the added value that was there that has become a core energy to push it further, more than just a one-step collaboration. So, communication, sharing, popularization, I think that’s the most important part, probably, to go further together.”

As an example of systems that haven’t kept pace with the data revolution, she mentioned train conductors, who punch tickets but don’t know who their riders are, where they’re coming from, what the busy commuting times are, and how the entire system could be easily improved through data analysis.

Summing up the panelists’ thoughts, Hewitt cited their collective concern over the availability of quality data and the data scientists who can analyze it smartly and quickly, as well as the importance of having strong partnerships between government and private firms with aligned incentives.

“Partnerships can fail unless they have sort of the longevity of shared goals,” Hewitt said. “And continuing to check in and steward those goals is really important. These ring true as well at our work at data.org. We see every day the positive impact of partners in philanthropy, private sector, tech and social impact coming together as we try to build a richer understanding of data science in the social sector — and the impact for it do more.”

“Having hard technical capability and skills and being able to bring that to the fore is so important … That to us is the formula: policy, politics, and technical expertise, together.”

Millions of people are going to continue to flock to burgeoning cities that are often ill-equipped to care for them. Governments in low- and middle-income nations will have to find ways to provide baseline community support for these new arrivals, including clean water, sanitation, power, and transportation.

But, lacking resources and data insights, such governments under stress may have trouble finding effective solutions on their own. As the report and the panelists repeatedly highlighted, strong governmental partnerships with private organizations, stakeholders, and corporations can provide a coordinated, powerful boost to improve people’s lives, sustain momentum, and tackle future problems as they emerge. Working together, they’re more likely to keep the Jenga tower anchored and rising.

At Dalberg Data Insights (DDI), Christophe Bocquet is a Senior Project Manager based out of Nairobi. He has acquired hands-on expertise in designing, developing and deploying digital and data-driven solutions.

George Kibala Bauer is Senior Advocacy and Insights Manager in the Digital Utilities programme, which supports urban resilience in low- and middle-income countries by enabling access to essential utility services through digital solutions.

Perry Hewitt is the Chief Marketing Officer of data.org where she oversees the marketing and communications functions, as well as digital product development.

Titi Kanti Lestari has been working for BPS-Statistics Indonesia since 1983. Currently, she is Director of Finance, Information Technology, and Tourism Statistics.

Han Sheng Chia is Vice President of Innovation at GiveDirectly. He leads the organization's investments to drive step-function change in cash delivery to the world's poorest.

Charting the Data for Good Landscape – An Update

Why, How, and What of Data Science for Social Impact

Dial 999 to Receive Fast Cash: How Data Science and Machine Learning Can Identify and Aid People Living in Poverty

Partnerships Make Better Product, and Other Lessons from the data.org Challenge

Reporting Back to Our Community: Insights and Learning from the data.org Inclusive Growth and Recovery Challenge